Let us start at the beginning. During the 1950s China signed the first official trade agreement between multiple African countries which included Algeria, Egypt, Guinea, Somalia, Morocco and Sudan. At the time of this signing China was to begin cultivating and offering support to African countries in the form of economic prospective, technical and military support.

Fast forward to 2015 and the foreign affairs minister of China, Wang Yi has announced that when it comes to Africa, China’s intentions are entirely well meaning. In fact China cares about Africa’s environment, and long term interests. (These interests include deals that incurred debt since the 1950s.)

Earlier this month the Forum of Co-operation between China and Africa met in Johannesburg, South Africa. With that meeting came a $60 BILLION pledge over a 3 years. The deal in the form of loans and assistance from China to Africa. 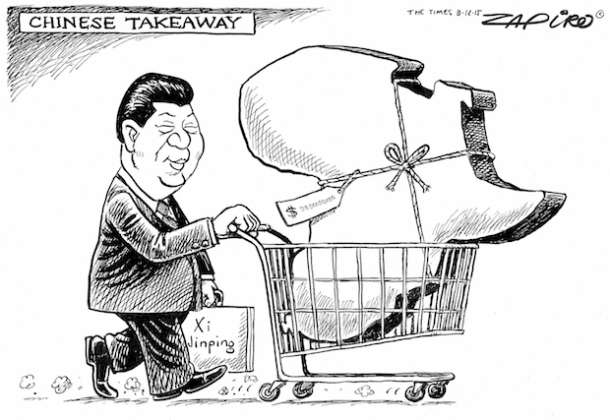 There are 10 new co-operation plans that will be rolled out in these three years which are as follows: –

The $60 billion will also have additional funding to support the above plans in certain cases.

It is widely known by investors that Africa is a great resource pool. It is the home of a wide range of natural resources that have been masked by plans like ‘Poverty Reduction’. China’s dealings are greatly influenced by Africa’s oil, iron and copper. A fact further solidified by the statistics of 2013 which showed that the key imports of China from Africa were as follows

Meanwhile our biggest import from China was machinery which accounted for 26% of all trade. This may not seem like a lot but let us not forget that we only import a ‘measly’ 8% of textiles and clothing from China and our local shops are filled with Chinese clothing.

Despite some qualms by Western countries who oppose such dealings, African leadership is convinced that these deals are not only beneficiary to China but will be a great step forward for Africa as a whole.

As I end this short note on China in Africa I ask you to think beyond the flashy lights that come with ANY investment by ANY country. Are investors here to invest in African businesses and infrastructure and in turn make sure that economic growth is self sustaining or is it merely a case of investors building their own companies that could be abandoned at any time?

The above has been sourced mainly from the following pages: