Marielle Francisco da Silva, known as Marielle Franco, was a Brazilian politician, feminist, and human rights activist. She served as a city councillor of the Municipal Chamber of Rio de Janeiro for the Socialism and Liberty Party (PSOL) from January 2017 until her assassination on 14 March 2018.

Franco’s killing has shaken Brazil to its core at a time when the country is reeling from a massive corruption scandal, a seemingly endless political crisis, a years-long economic recession, and now an epidemic of spiraling violence.

The brazen assassination took place on the streets of Rio de Janeiro just one month after Brazil’s President, Michel Temer, ordered the military to occupy the city in order to stabilise security, the first time since the end of Brazil’s 21-year-long military dictatorship in 1985 that its military has “intervened” in a major city.

When Michel Temer became the president of Brazil in May of 2016, replacing the impeached Dilma Rousseff, he nominated a 23-member cabinet of all white men. His bold rejection of diversity shocked women and blacks, who had grown accustomed to at least some minimal representation in national politics. Four months later, Marielle Franco, a black lesbian woman hailing from the Maré favela, received the fifth-most votes in the Rio de Janeiro city council elections. Her dominant win and her subsequent follow through on her promises gave hope to many Brazilians who longed for representation and had grown tired of Brazil’s corrupt and disconnected politicians. 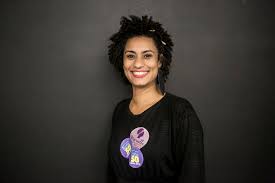 Of the nine shots fired, four hit her head. Her driver, Anderson Pedro also died. The news of her death quickly spread through messaging and social media networks. According to Piauí, over the next 42 hours, Franco became the subject of more than 3.6 million tweets from 400,000 users in 54 countries and in 34 languages—more than the impeachment of president Dilma Rousseff.

We remember Franco as a woman who  became a single mother at the age of 19, but graduated college, obtained a masters in sociology, and then became one of the city’s most effective human rights activists, leading often dangerous campaigns against pervasive police violence, corruption and extra-judicial murders that targeted the city’s poor, black residents with whom she grew up. 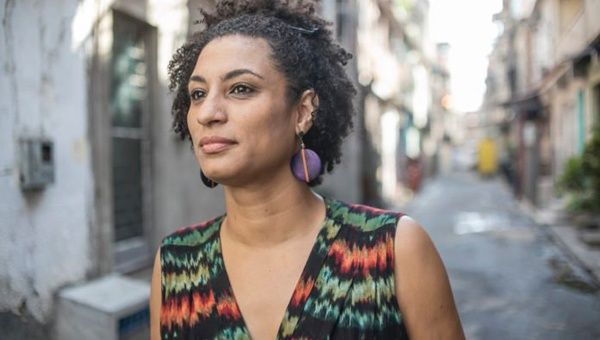 Her success was not only as a new political force to be reckoned with, but as a repository of hope for Brazil’s traditionally voiceless and excluded groups: its favela residents, its black and poor people, and women.

We honour her name today.

One thought on “Rest in power: Marielle Franco”