She’s everything in one, a chef, teacher, psychologist, repairman, magician, singer, doctor, referee, and even a lawyer. Why a lawyer? She could win an argument with a single statement- “because I said so.”

You could search high and low for something you’ve lost, and you’re kind of convinced that it’s disappeared off the face of the Earth, shout her name and the item seems to miraculously appear out of thin air. If there’s anyone who happens to be mean to you, she knows about them, and she doesn’t like them. If she tells you to take a jacket with you because it’s going to be cold outside and somehow you try and use your logic, as you can see it’s quite beautiful outside; trust me, some forces from the universe come together, and somehow it WILL be cold that day.

Scared of ghosts? Meh. Creepy crawlies? Squash them. Zombies? Laaaame. 5 missed calls from her….*screams*….the horror. Although she might have introduced you to her friend the sandal or wooden spoon before, she still wouldn’t consume a spoonful of food unless you were taken care of and satisfied first. You’ve guessed it, who else could it be, besides mum?

So perhaps you’re expecting a long lecture on the cliché of how commercial mother’s day is or how every day is mother’s day? Well, you should know me better than that by now. Let’s think about it like this- everybody loves money right? In fact, it’s been stated more often than not, that money makes the world go round. Would you even be doing your job if it wasn’t for the money? The long hours, demanding clients, that snitch in the office, that boss that won’t stop blabbing, those colleagues that you have tolerated because murder is illegal, waking up early, the stress, driving in traffic, the taxis making fives lanes out of a two lane street, disciplining and sometimes ill-treatment from seniors and bosses?

Unless you’re very passionate about what you do, you’d probably never do it at all. Most people would never do their job if they weren’t receiving a wage for it.

On the same note, would you carry a heavy package with you for months, without a wage? One that would disfigure you, be possibly life-threatening, cause weight gain, together with a whirlwind of emotions and pains? One that upsets the entire comfort and routine of your life as you know it? Would you take up a job that doesn’t pay you out, but rather you have to pay for? One that causes you a large investment and major sleep deprivation? HELL NO. But your mother did it. She did it for free. She fed you, for free, gave up her comforts, a certain degree of her freedom, she gave up sleep to nurse you, she spent hours praying and begging for your good health and healing, she gave up her desires, her time, her own luxuries so she could provide them to you, for free. She handled your tantrums, your insolence, she answered your questions like “what’s that mama?” a thousand times over, she comforted you when you were hurt, she advised you so you wouldn’t fall, when you did fall, she was there to pick you up. Nobody reached their teens and then received an itemized bill for everything done for them by their mother.

You know what she does want though? She wants you to say I love you and mean it. She wants you to be there for her when she’s lonely; she wants you to still be there for her when you don’t need her or rely on her anymore, she wants you to be proud of her not embarrassed to tell the world that she is your blood. She wants you to make her laugh, to share your successes with her. To hell with the story of mother’s day being commercial or whatever else, she’s your mom, go ahead and spend, spend more on that day to make her feel special, but don’t discard her every other day of the year. It’s not a once off acknowledgment of her existence. She should feel contented every day of the day and extra special on mother’s day. Why not? What’s wrong with marking out a day to spoil someone who did so much for you?
Your mother should feel loved, taken care of and never lonely. If she feels anything other than this, you’re failing in your duty. Try harder, always try harder; we can never do enough, not even enough for one labor pain she endured to bring us into existence. Your very existence is a proof of selfless sacrifice.
Before anybody else, these reminders also apply to me. A reminder to look up from my phone she talks to me is just one of the many things that I could do better in.

When she shouts at you, insults you and gets angry, keep talking to yourself, remind yourself that you could react, but how much of regret would go with that momentary satisfaction of displaying your anger? We don’t always know what they’re going through, if your anger is flaring, talk yourself down, disconnect from your ego, you can only put a fire out with water, not gasoline. Smile and react calmly even if it kills you. Compliment her, get her a cup of tea, respect her friends and family. Send her a text to say you thought of her, what you love about her. We look at our phones an average of 200 times a day, make one of those times worthwhile, you have no idea how much it will mean to her. Love your mother, love her endlessly, you will find success in life. Look at your life, if there are many failures and weak points, it may be possible that you do not respect and obey your mother.

A mother lives her life trying to help teach her kids how to deal without her, the hardest part of that job is the success of that. Don’t wait for the empty chair, the cold bed, the still kitchen or the silent phone to open your eyes, spoil her, lover her and care for her always. 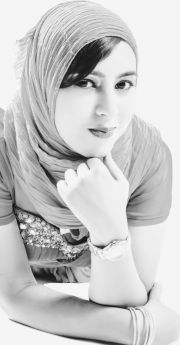 Okay! #mygirlsquad
So our favorite book of the month is by @lvernon2000 Unashamed: Musings of a Fat, Black Muslim. What are your favorite books right now! Drop them below. #mygirlsquad #diversebooks #blackauthors
Take that risk 🤸🏾‍♀️ #themoorewetravel
How's your Friday loves? It's been pretty rough week for us. #mygirlsquad
📢📢📢📢📢📢📢
Crushing @thebazaarbohemian ❤❤ love the message. #mygirlsquad
Follow on WordPress.com